Here is the definition:
"Figure of speech in which the latter part of a sentence or phrase is surprising or unexpected; frequently used in a humorous situation."


"Where there's a will, I want to be in it," is a type of paraprosdokian.

1. Do not argue with an idiot. He will drag you down to his level and beat you with experience.

2. The last thing I want to do is hurt you. But it's still on my list.

3. Light travels faster than sound. This is why some people appear bright until you hear them speak.

5. We never really grow up, we only learn how to act in public.

6. War does not determine who is right - only who is left.

7. Knowledge is knowing a tomato is a fruit. Wisdom is not putting it in a fruit salad.

8. Evening news is where they begin with 'Good Evening,' and then proceed to tell you why it isn't.

9. To steal ideas from one person is plagiarism. To steal from many is research.

11. I thought I wanted a career. Turns out I just wanted paychecks.

12. Whenever I fill out an application, in the part that says, 'In case of emergency, notify:’ I put 'DOCTOR.'

14. Women will never be equal to men until they can walk down the street with a bald head and a beer gut, and still think they are sexy.

16. A clear conscience is the sign of a fuzzy memory.

17. I asked God for a bike, but I know God doesn't work that way. So I stole a bike and asked for forgiveness.

19. Money can't buy happiness, but it sure makes misery easier to live with.

20. There's a fine line between cuddling and holding someone down so they can't get away.

22. You're never too old to learn something stupid.

23. To be sure of hitting the target, shoot first and call whatever you hit the target.

25. Change is inevitable, except from a vending machine.

26. Going to church doesn't make you a Christian any more than standing in a garage makes you a car.

27. A diplomat is someone who tells you to go to hell in such a way that you look forward to the trip.

28. Hospitality is making your guests feel at home even when you wish they were.

29. I always take life with a grain of salt. Plus a slice of lemon, and a shot of tequila.

30. When tempted to fight fire with fire, remember that the Fire Department usually uses water.

Words of Wisdom
"The early bird may get the worm, but the second mouse gets the cheese."

I used to have some of those on signs in my office!

I LOVED them - thanks for posting. 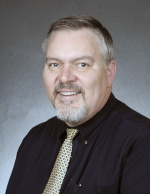 It's like that tender moment between the first kiss and the pepper spray.